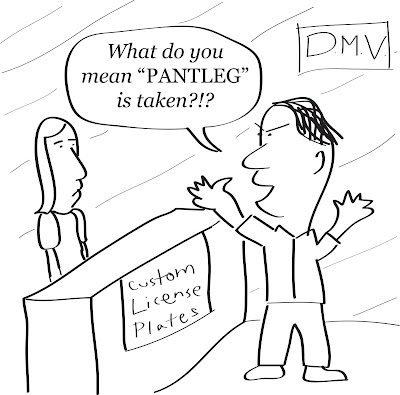 --A mordant premise by Hadley Daughterson
Posted by The Kreation Korner at 10:41 PM 1 comment:

This past summer, The Korner made a bold foray into the kontroversial practice of automated kreation.  You probably remember the banner our beta app generated, and you've probably been waiting with bated breath to view new and exciting kreative output divorced from human influence.  We've been waiting too--soon after launching the application, it quickly assumed kontrol of the terminal. It doesn't respond to external stimuli of any kind, even unplugging, but it did inexplicably issue the following statement today to our surprise.  It appears to be a poem of some variety, but who's to tell?  This infernal software we've begotten seems to be on a higher plain of kreative existence, transcending the limitations of mere living tissue. Are we heading down a slippery slope towards a future where clumsy biological beings are obsolete in the kreative process?  Maybe, but for now let's just enjoy this crazy shit our computer churned out:

forgery in the play, El Mirage

Flux is the only thing un-fluctuating in our universe.  Or at least that's what Rasmus Wright subtly suggests in his new single "No Roots." He captures the essence of life on the road and vividly demonstrates the exhilaration portended by each bend in the highway. Noted rock critic Rapaport Graves cited the tune as a pioneering track in the burgeoning genre of "Psychoamericana" and ranked it #17 in his Graves Raves best of 2011 list. Process:

Posted by The Kreation Korner at 8:56 AM No comments: