They said wordplay is played out. They said yacht humor is cliched at this point. I said, do you have a better analogy for jettisoning the baggage of the past year and starting fresh in the new? They said nothing. So here goes--as we prepare to launch from the maddening marina of 2017, let us remember to maximize our pleasure each moment amidst the unrivaled luxury on board as we negotiate the uncertain but navigable waters of 2018. For those of you without access to a sea-craft of any kind, remember that your mind is a yacht and anywhere you are--even dry land--is a body of water. My sincerest wish for 2018 is that all sentient beings on this or any planet may steer their vessels toward the archipelago of unity and assemble a fleet of harmonious coexistence.
--Capt. Gooding 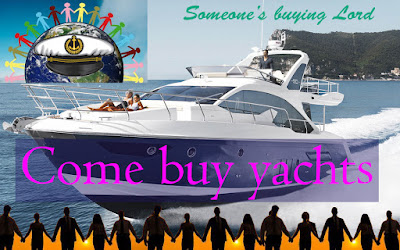 Posted by The Kreation Korner at 2:18 PM No comments:

The other day while walking down the pedestrian guideway to the Subaru Dictatorship I ran into an old friend who said, "hey, what do you think of this for a science-fiction-mystery-type story? What if in the not-so-distant future technology has evolved to the point where one's entire mind, memories, consciousness, unconsciousness, in other words, their 'self' can be extracted and implanted into the brain of another body? And then a whole industry emerges around people renting out their body's for others to use. People would do this because the world has become increasingly inhospitable because technology and policy innovations to stem the tide of environmental and societal disaster haven't kept pace with, say, technology to decouple someone's consciousness from their biological matrix and map it onto somebody else's. With the income from temporarily housing the portable selves of others, one could afford the vast price of living a full and happy life in one of the planet's heavily gentrified 'climate havens.' Part of the cost, however, is that you only get to live in your body for about two months a year and you rent it out to 'hosts' the remaining time with your self stored in stasis, which would feel to you upon returning to your body as waking up from one night's dream. Sort of a quality over quantity thing. But then some science fiction thing happens, like you wake up with fragments of memory or personality left behind by previous hosts and question the nature of being and the 'self.' Or, for something more dramatic, one of your hosts commits a heinous crime while inhabiting your body and a taut thrill ride unfolds. Ethical questions abound. Seems like pretty good social commentary, no? Plus just an exciting story, potentially. I should write this. Has this been done? I'm sure something like this has been done. I haven't quite worked out why people would rent your body in this what-if scenario. It's probably been done."
I replied to my friend, "what an intriguing idea. I recommend you follow your dreams. Good day."
We parted ways. What an insightful and rewarding friendship transaction.
Minutes later, a Subaru Ambassador said to me, "hey, didn't I sell you an Impressive last week? As I recall, the transaction was both insightful and rewarding."
"Must have been one of my hosts," I replied. "I only just came out of stasis this morning."

--Known Universe
Posted by The Kreation Korner at 10:44 PM No comments: 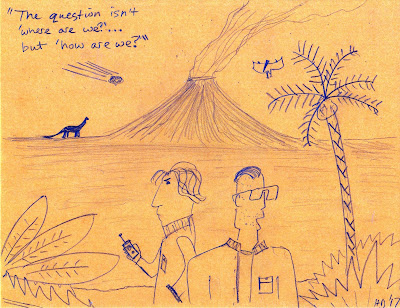 --Hadley Daughterson
Posted by The Kreation Korner at 9:06 PM No comments:

You may have noticed our last post, the one in which Huey Dood used our platform to trumpet some, shall we say, views largely unpopular around the HQ. While a majority of our staff views Big Tech with suspicion and caution rather than as a panacea for all the world's ills, we welcome dissenting opinions, misguided and damaging to the fabric of society as they may be. To push back against Dood and thus kreate dialogue, we would like to promote an upcoming event called The Concert To Demand Silicon Valley* To Take Responsibility For The Deleterious Consequences It's Products And Services Have Had. What is this concert's purpose? It's all in the name. It'll be a star-studded event headlined by none other than Living Documents. Any worthy kause that can manage to get the famously volatile duo of Peebles and Wright to work together again is no slouch and deserves our full support. The concert is free to the public and will be held at various locations around the inland Pacific Northwest next summer--pay attention to the alternative press for specific dates, times, and venues to be announced throughout the next several months. For the time being, let us enjoy the following sneak peak at the all-new material Living Documents are kreating exclusively for the show. React to:

*"Silicon Valley" is used herein as a metonym for the high tech industrial sector, particularly social media companies, not as a reference to the geographic region or its denizens.
Posted by The Kreation Korner at 9:07 PM No comments: