Who’s piloting this pleasure ship?
The skeleton of a misguided
lunatic is handcuffed to the console.
The instruments are fused.
The people in the galley know
the score, but they’ve got
Cobb salad to churn out.
Maybe those sharp rocks will
slow us down.

--Chris Peebles
Posted by The Kreation Korner at 9:36 PM No comments:

I was on a private jet somewhere in the Bible Belt of America. It was tornado season or something. We were trying to deliver Indian food to an unspecified locale. Oh, and my Operations Director was flying the plane. So I'm attempting to assemble meals for the order, on the plane, while great gusts of wind rock the plane back and forth. The landings and take-offs are the scariest part. The orders make no sense, and I'm hit with this overwhelming sense of how much I do not want to be here, risking life and limb for deliverable shulgum (that's mashed turnips and sweet peas to you neophytes out there). But almost as strong as that feeling is the shock that it has taken me this long to realize my dissatisfaction with the whole scenario. That I had gone along with it for so long, because, hey, it's just my job. I do not want to be another pawn in the great struggle for capital control and accumulation, and I will not submit myself to such depths of degradation and stupidity for someone else's idea of convenience.

This story was divined from a dream dreamt by Boo Merengue at approx. 3:00 a.m., 8/25/2011, and as such is the sole property of Boo Merengue. Any attempt to reproduce or publicly display, perform, or distribute or otherwise use this material for any public or commercial purpose is strictly prohibited.
Posted by The Kreation Korner at 1:12 PM No comments:

As you know, we're always on the prowl for promising new kreationists. As fate would have it, we stumbled across one such individual at the Lobster & Theremin English Pub at open mic night last Tuesday. His name is Rasmus Wright, and mark our words, the music industry better watch its back. The sounds he generates defy description and even the konventional sensory inputs associated with music--maljohn swore he could taste one of the songs for a few bars. Turns out Ras lives just a few blocks from the HQ. How this flickering lamp of kreative revelation was hidden under a basket for so long we'll never know. But now he's out, and he's an inspiration to us all. He's a true kreator in the DIY spirit, never having stepped foot in a traditional recording studio. "I don't buy into that whole major label, mass-production model," Wright told us after his set. "I just use my Mac." What a neat guy. Anyways, here's his latest track, "Hotels Downtown." Discern:

Posted by The Kreation Korner at 9:13 AM No comments: 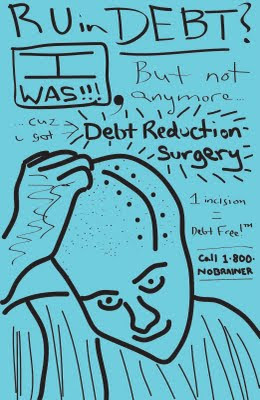 Posted by The Kreation Korner at 11:03 AM No comments:

Today, on this the only blog to adequately encapsulate the wonders of Kreation (kreationkapers.com is written by a bunch of ninnies), we present to you a veritable grab-bag of ocular confectionaries. BLENKO reports back from his travels along the streets of Anywhere, USA, having documented his one-man assault on all things urban and bland. Here are a few choice selections sure to send you running to the eye dentist with vision cavities. The artist himself provides informative commentary:

"This one's a commentary on violence." 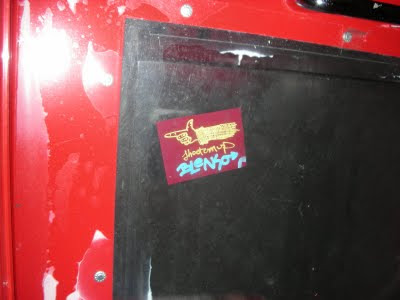 "My take on substance abuse." 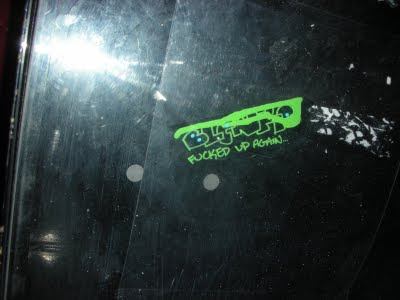 "How I operate in the streets. I'm not necessarily trying for it, but hey, if my shit's the best, then what else can I say?" 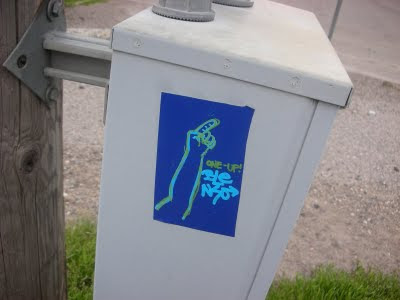 "The streets are the only place where I truly feel the freedom to flounce." 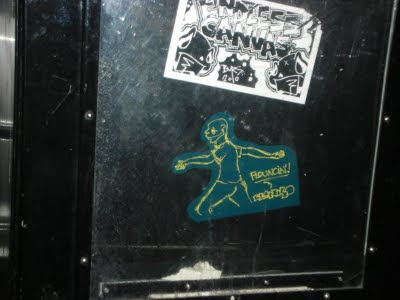 "This was my father." 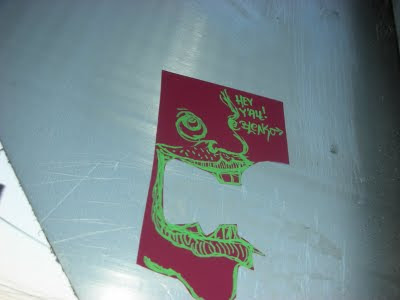 Posted by The Kreation Korner at 9:43 AM No comments:

What is komedy? Is it the unexpected? By definition, yes it is. When one is told a komedic anecdote, they expect to laugh. Not laughing is the unexpected reaction and is thus the mark of true komedy. You didn't laugh did you? Good.

--Svetlana Mendoza
Posted by The Kreation Korner at 12:18 PM No comments: