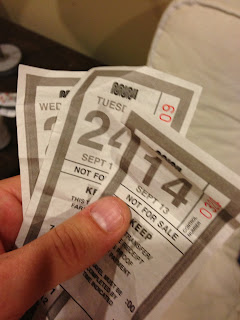 In what will surely, or maybe not, be an ongoing process of revelation, more has recently come to light with regard to a certain collective sojourn into the digital consciousness mothership, as it were. Just today, here at KKHQ, Percy Stankowski found in his own jacket pocket three transfers inexplicably belonging to the venerable MUNI public transportation system of San Francisco (CA). The transfer tickets were dated September 14, 24, and 25 of 2013. "I've never even been there!" exclaimed Stankowski upon inquiry as to how the transfers made their way into his pocket. Naturally, only one explanation suffices -- that time travel and interlocational transmutation were among the events which transpired on that fateful Friday. Connections abound within this seemingly random event. For one, San Francisco has emerged as the focal point of all things Cloud, such that in our journey there was a natural drift toward the physical locus of all this latter-day nebulosity. For two, and this is no trifling matter, the MUNI logo prominently emblazoned on said transfers was in fact an original design from the accomplished but little-known Kreationist, Kremer Melblüng (photo unavailable). How exactly this all connects is beyond us, but we are fortified in the faith that more will be revealed, and that we will not be able to make much sense of that, either. More confused, ass-over-teakettle updates as events warrant.

Posted by The Kreation Korner at 2:42 AM No comments:

Has it really been 11 days? I guess time flies when you're a disembodied consciousness. Allow us to explain...The day was September 13. We were holding a little soiree at the HQ to kommemorate six years of The Kreation Korner. Things were going smoothly, until Huey Dood, the bumbling buffoon he is, spilled a tankard of mudslide onto APEKS, our hitherto dormant sentient supercomputer. Something about the collision of the syrupy beverage and beige plastic outer casing sprung the infernal machine back to life, saturating the room in a burst of blinding light and energy. What happened at this point can only be described as indescribable. Our best guess is that APEKS' electromagnetic field somehow unmoored our minds from their corporeal fetters and transmitted them into The Cloud--that mysterious cyber omnipresence we've heard discussed lately in hushed tones. For what felt like only 94 seconds, our beings were as one, unencumbered by the crude flesh. We were instantaneously aware of all that has been, is and will be known. With this boundless knowledge came boundless language for boundless opportunities to imagine existence, we think. Unfortunately, any specific recollections of our shared non-physical digital odyssey slipped away as soon as we awoke achey, odorous and strewn about the floor. We can't explain how we were granted access to The Cloud or how our bodies were sustained for a week and half. We can say, however, that we have gained a renewed acceptance that the plane we inhabit is but a speck of lobster in the vast and creamy cosmic bisque. But as small as it is, it's succulent none the less and we're damn proud to live and kreate in it.
Posted by The Kreation Korner at 9:38 PM No comments:

What's the word, Kreationists? Well, today, it's several, all of which you are reading at this moment. In the second of a series of posts done on the seminal but in its time largely unknown music label, Kreative Destruction Records, we unearth a punk classic lost to the ages -- until now. Little is known about early '80s hardcore Boiseans, Red Scare, other than that they did not appear in this documentary. It is likely, or at least a plausible conjecture, that by the time that story was shot, Red Scare (as so many young visionaries do) had already burned out. Lucky for us, Kreation archivist Gabe Gabriel has worked diligently to bring such material to the fore, ensuring that as we move forward on whatever kreative path we so choose, we are ever aware of the lineage from which we were spawned. So let your ears have an auditory gander at this piece of history, as I go and microwave myself some lunch. Look-see:

Posted by The Kreation Korner at 12:26 PM No comments: 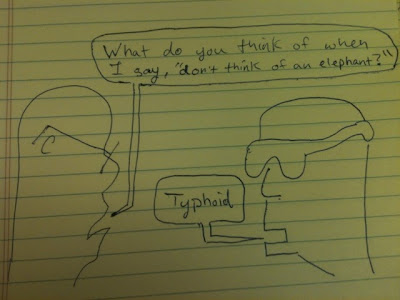 Posted by The Kreation Korner at 3:48 PM No comments: