Ahead Of Our Times Redux

Season's Eatings, friends and followers! Today marks a major milestone in the history of the Kreationism Movement. What you are reading on your screen (or printout, if that's your jam) at this very moment happens to be our 400th post! For our kwatercentenary installment of this esteemed blog, what better subject matter than West Downtown--one of the earliest kollaborations between Kreation Korner founders Henry York and Patrick M. Watson. It just so happens we're in receipt of some recently snapped photos relevant to this particular subject. They serve as a follow-up to an exposé we did some years back on an incipient neighborhood branding effort in the district in question. This latest signage revelation provides further evidence that Kreators were telling it like it was early and often by designating West Downtown long before the madding crowd. Now, with 400 posts and counting, looks like the Kreation Krew is still on the cutting edge! Please enjoy the following images and reflect on our gratitude for your continuing support as you do so: 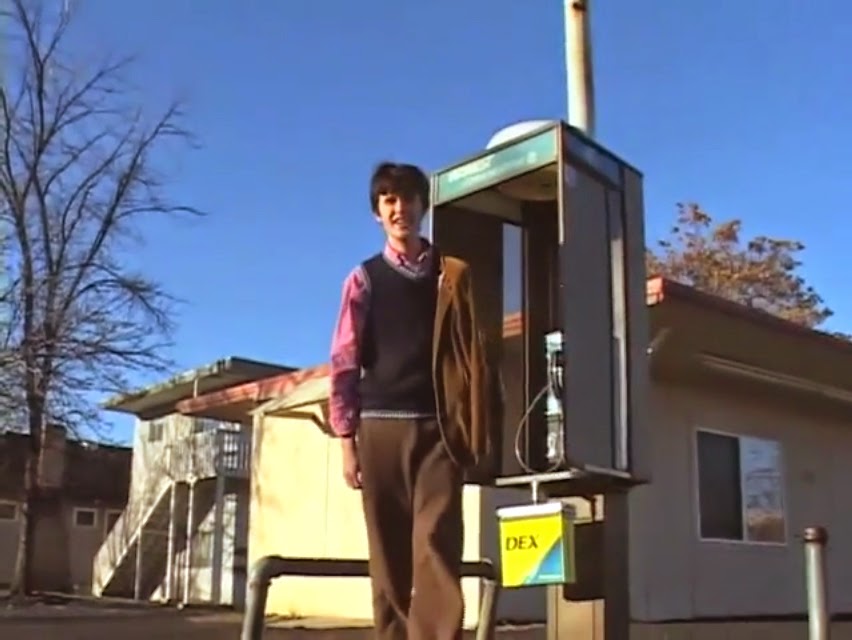 Approximately the same shot, Dec 2014, note the pay phone has been removed 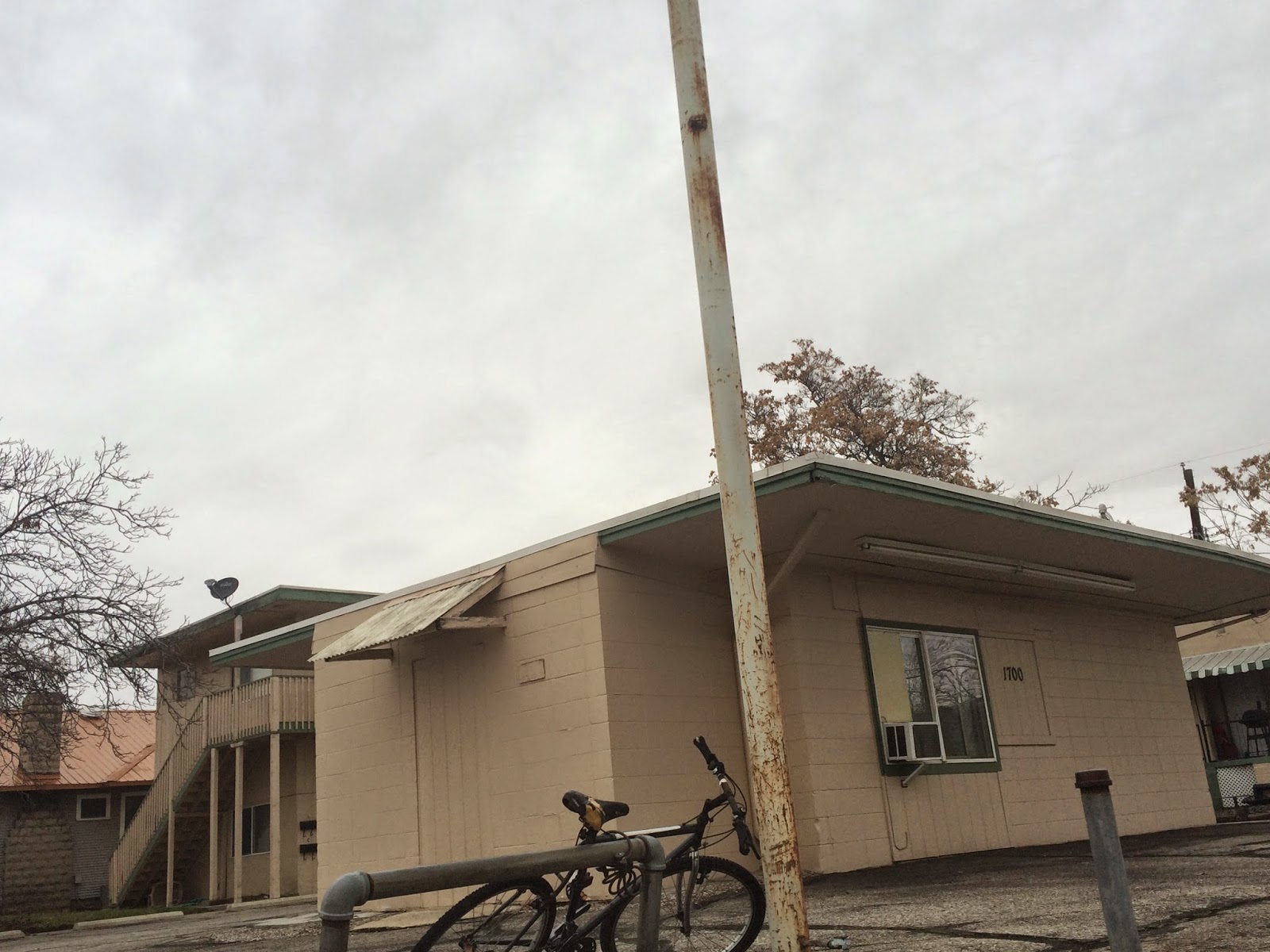 Pull back for some context 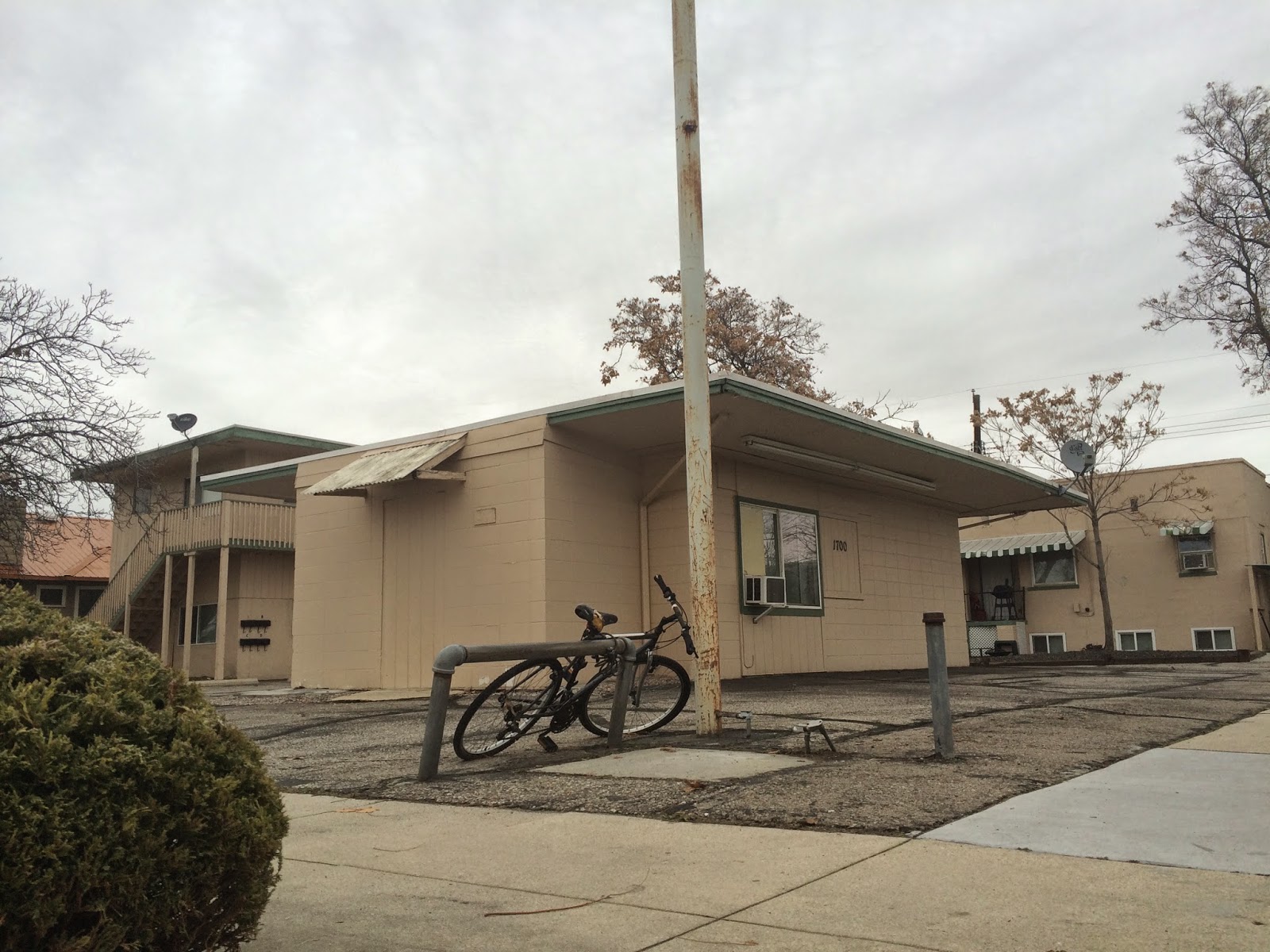 Pull back some more, 17th and Idaho signpost visible 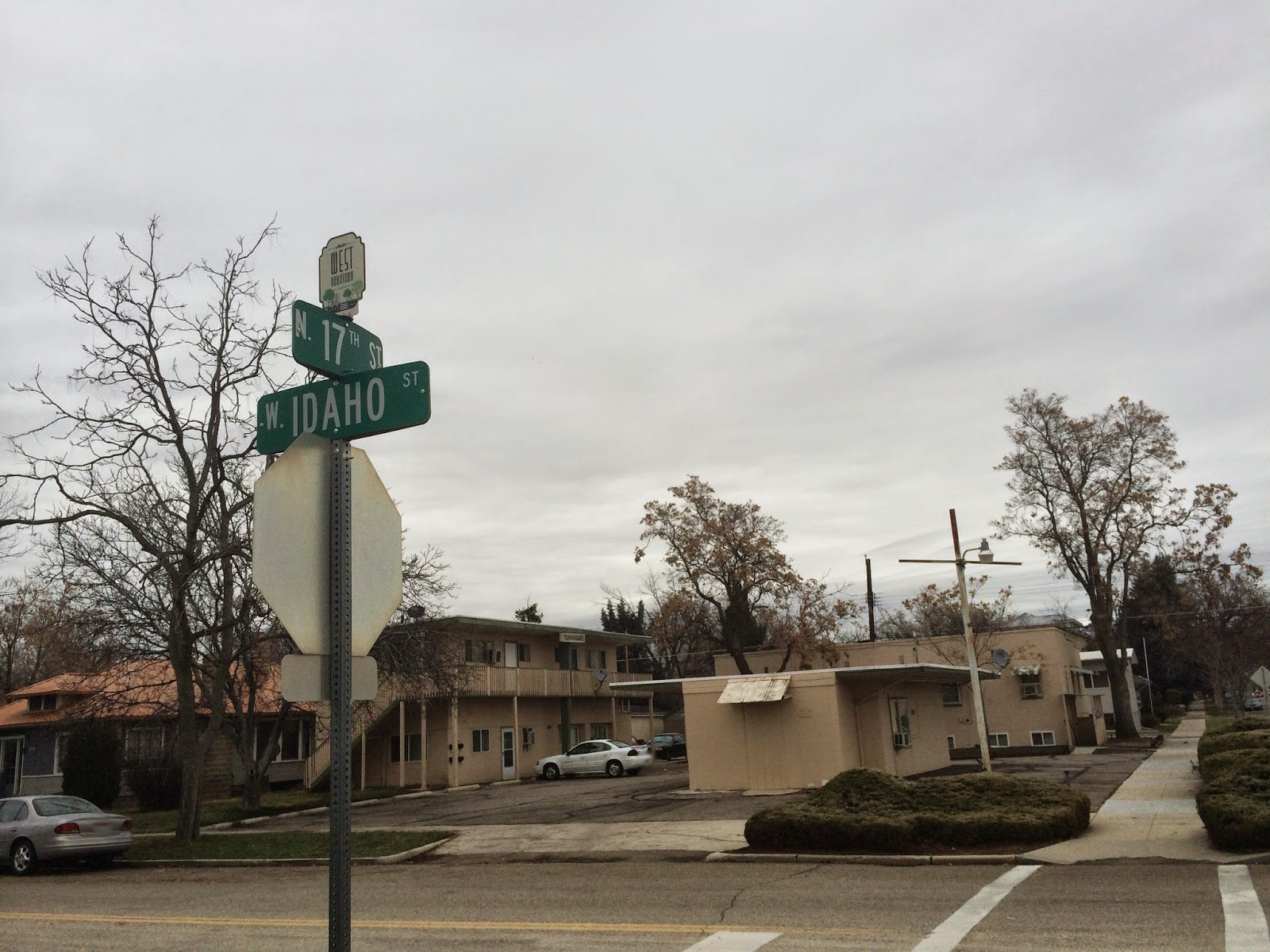 Detail of signpost, West Downtown "placemaking" sign-topper visible. Way to go, neighborhood association. You've really captured the flavor of West Downtown with those several trees and that road surface and bicycle. Nice typeface too--really gritty and eccentric. We hate to stoop to sarcasm but alas, the deed is done. 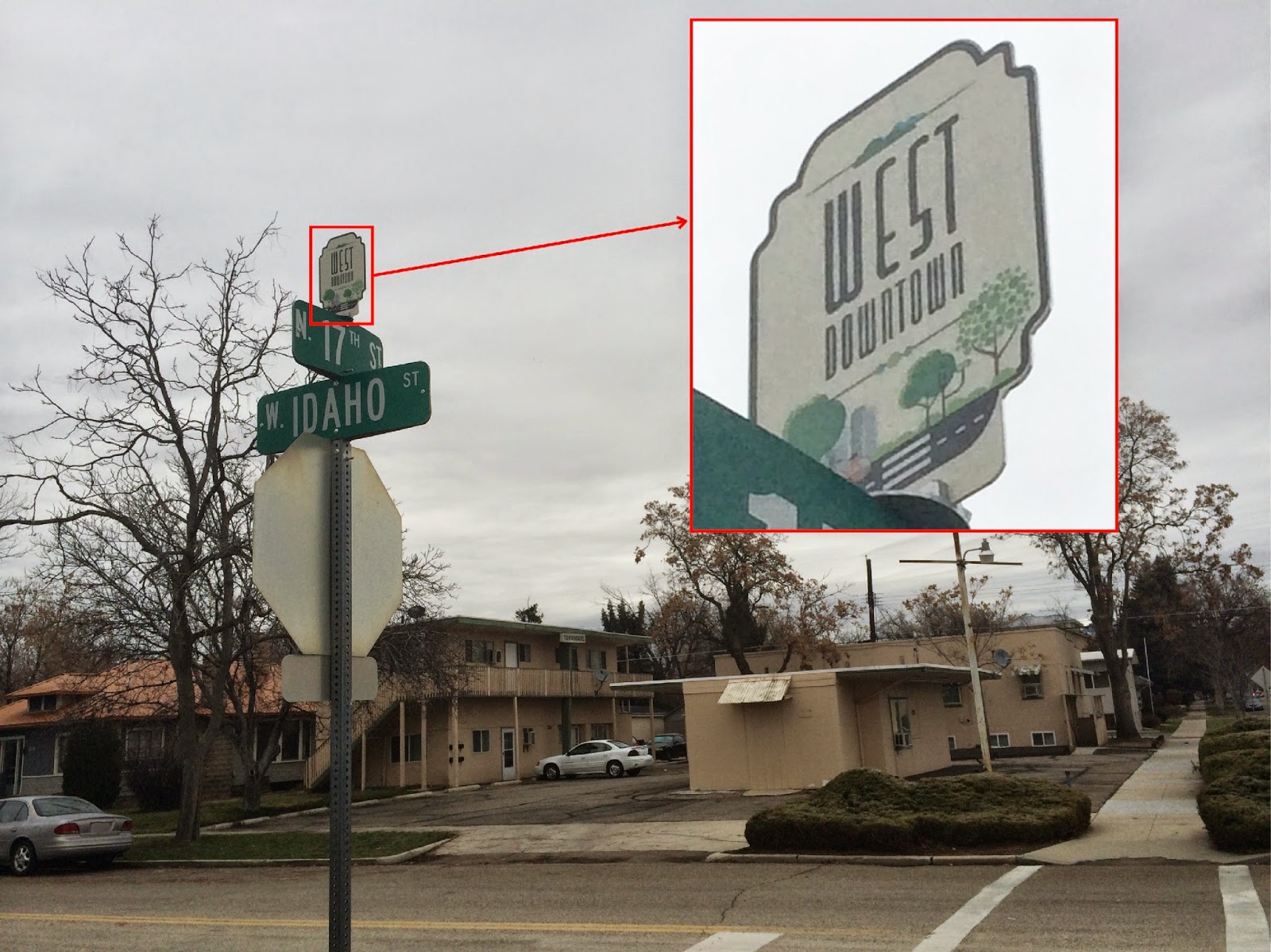 Posted by The Kreation Korner at 11:48 PM No comments:

The following introduction has been edited for length:

Posted by The Kreation Korner at 10:19 PM No comments:

This Man Drank Gasoline from his Car. What Happened Next Will Amaze You.

You Won't Believe What this Celebutante Did, Said, and Wore in their Own Home

The 79 Best Ways to Smash Your Phone -- and Lose Weight!

These Dog Pictures Will Appeal to You

You Won't Believe How Many Items in Your Office Are Covered in Fecal Matter!

-Tum Cruz
Posted by The Kreation Korner at 10:16 PM No comments:

It's been a long time since last we heard from cowboy poet Steed Stetson. Mostly he keeps to himself but given the strife that has received increased visibility in our country of late, he just couldn't remain silent. In the following poem, we are reminded how Steed is confounded by a contemporary world that increasingly rankles his traditional Western values. Oblige:

Last night I turned on the TV
Nothing worthwhile, that I could see
Fear mongers shout and ply their trade
Tell us we must be afraid
So lock your doors and buy a gun
Or maybe two or ten for fun
It is your right, it's self-defense
But me, I find this a pretense
For if you're in the dominant pack
Buildin' an arsenal widens the gap
Choices keep cruelty common
Further enable white supremacist lawmen
They protect and serve the billionaire
The oligarch thriving on class warfare
Obamacare, the scourge of our day
At least that's what the "news" outlets say
They distract us with the wrong debate
Capitalism is what we should hate
A coercive system that harms us
Causin' fights where there oughtn't be a fuss
Call me naive but there should be enough
For us all to thrive it shouldn't be tough
Food and comfort, safety, respect
Things no human doesn't expect
For us all the government should make things right
Instead of just meetin' the needs of rich whites
Maybe I'm just an ignorant cowpoke
But in 2014, too bad it's no joke
That state-sanctioned bullies kill with impunity
And folks live in real fear in too many a city
Posted by The Kreation Korner at 10:21 AM No comments:

The following untitled, unattributed video was discovered earlier today on a memory stick wedged in a front-door handle at The Kreation Korner HQ. It was wrapped in newsprint inscribed with the following quote:

"Every word that is spoken and sung here represents at least this one thing: that this humiliating age has not succeeded in winning our respect."
--Hugo Ball

Let us all take a moment:

Posted by The Kreation Korner at 9:58 PM No comments:

Back in early June of this year, Chris Peebles provided the following track to Boise noise duo BATHSALTS for their multimedia live performance. While such a kollaboration was technically unauthorized under Chris' exclusivity kontract with The Kreation Korner, the resultant audio audyssey is well worth the breach in procedure. Kontract schmontract! Hold on to your butts:

Posted by The Kreation Korner at 6:11 AM No comments: