Happy World Intellectual Property Day to you! To kommemorate this annual observance we discovered only moments ago, we bring you the latest single from psychoamericana jongleur Rasmus Wright--an artist who, as it happens, is a vociferous opponent of intellectual property laws. This one's a real rocker:

Posted by The Kreation Korner at 1:57 PM No comments:

An Important Announcement From The Kreation Korner...

The Kreation Korner takes no responsibility for the previous post, which is undoubtedly the result of an elicit incursion by opportunistic commercial elements. We were the latest kasualty of the Tickerhemorrhage security vulnerability but have since patched it. We're grateful that the damage was self-contained and largely benign. Despite its invasive nature, however, we have opted to keep this GIF up. Regardless of its vector of transmission, this alien post is already forever enshrined in the hallowed ranks of our blog space whether we like it or not. So far be it from us to question its Kreative validity. (PS: Now really is a good time to refinance--interest rates are still low and it's a buyer's market!)
Posted by The Kreation Korner at 5:54 AM No comments:

YOUR NEW LIFE IS JUST AROUND THE CORNER KORNER

exec: THIS IS IMPORTANT! YOU DO NOT WANT TO MISS OUT ON THIS ONE-TIME OFFER! CLICK HERE OR YOU LOSE! MONEY SAVED IS PRESTIGE EARNED!!! CLICK THE DANCE-MAN, SAVE YOUR KIDS!://end-doc

Posted by The Kreation Korner at 10:42 PM No comments:

Although Kreationism is undeniably a global movement, there remain regions on this planet where the denizens grope discontentedly in the unkreative darkness. Specifically, the Korner has found very little traction along the Eastern Seaboard of the United States. Although our own Svetlana Mendoza spent much of her early career amidst various underground komedy scenes in the Eastern Standard Time Zone, our visibility in the non-western US has remained sparse at best. Why is there a Kreative deficit in the Atlantic states? Rather than dwell upon a likely unanswerable kwestion, we have decided to look at this weakness as an opportunity! To that end, we sent Chris Peebles as an emissary to Charlotte, North Carolina--a prominent cultural and economic center east of the Appalachians. His primary mission was to lay down some raw, unremitting street poetry--the likes of which the Queen City had never before encountered. We hear his performance in front of the AT&T Long Lines/BellSouth central switch building on Caldwell Street turned more than a few heads and even drew some undivided attention. Along the way, Peebles placed some photocopied marketing materials in several strategic locations to promote the Kause. We apologize if Chris trespassed on the dissemination spaces of others, and we don't begrudge the offended parties, if any, to remove the literature he inserted. It is our sincerest hope, however, that Peebles' efforts will serve as a sonar ping in the Kreative abyssal plain. We hope that if we can establish kontact with even one lone Kreationist in the wilderness, we will have erected a meaningful and enduring bridge between east and west. 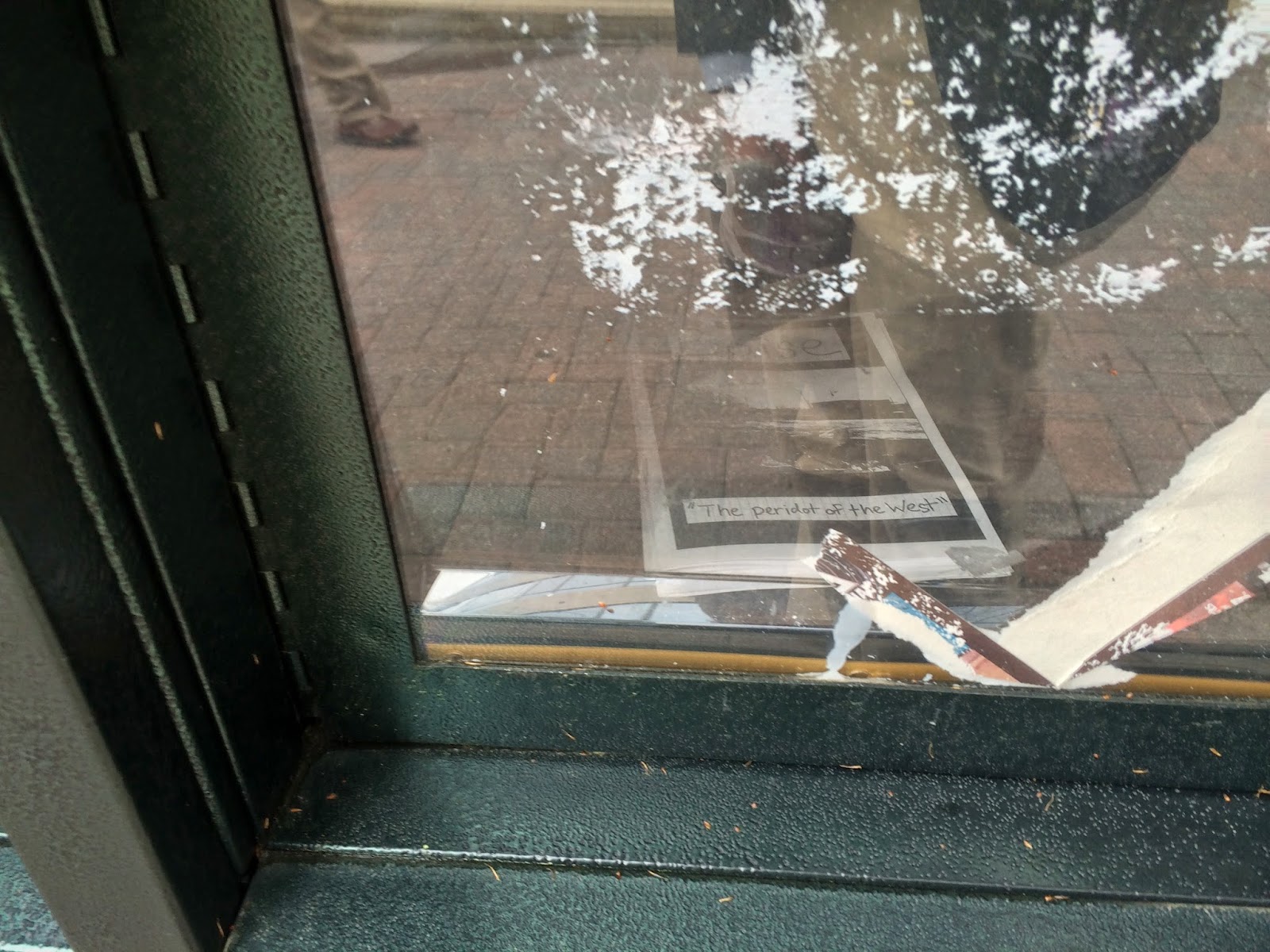 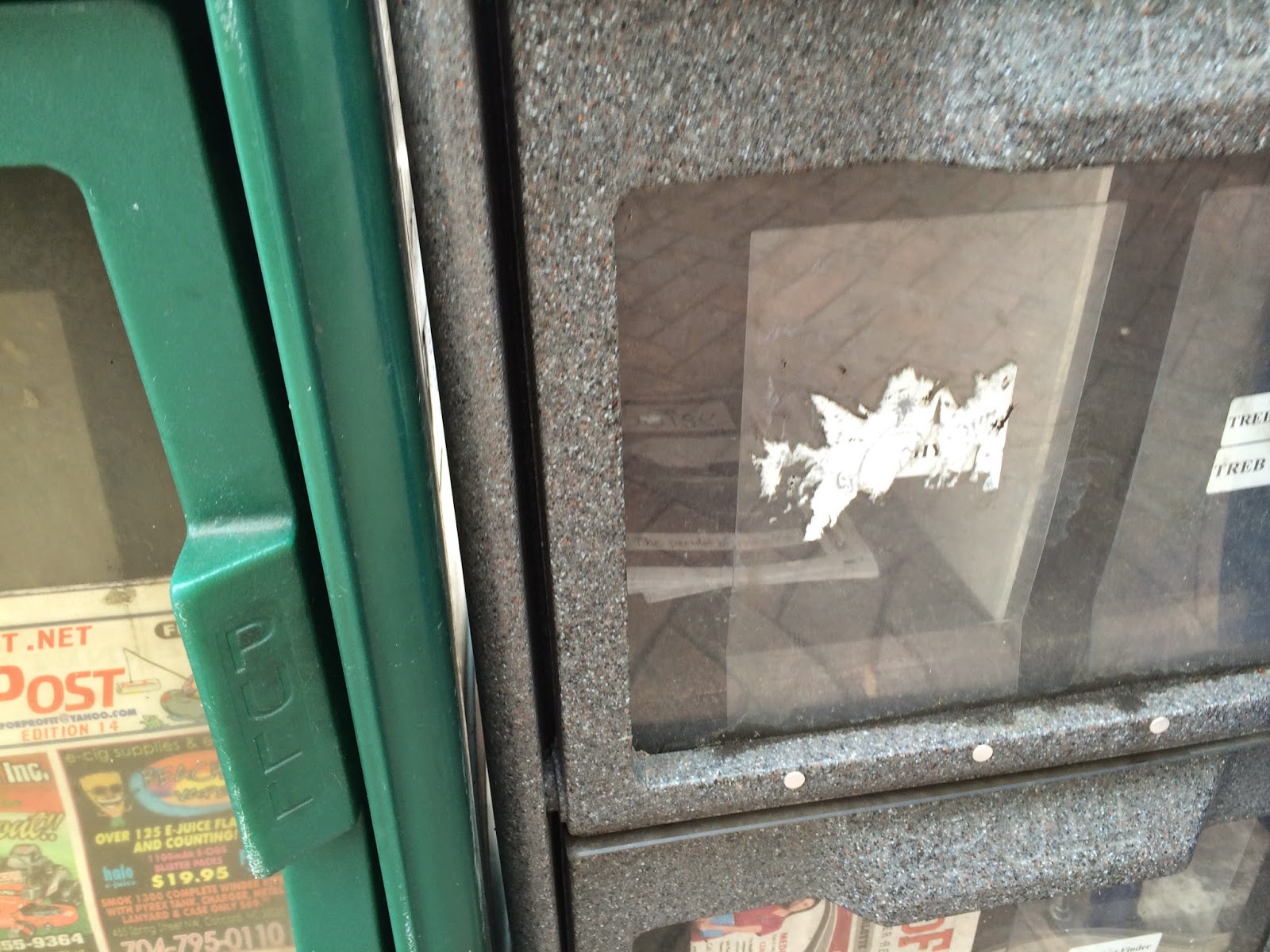 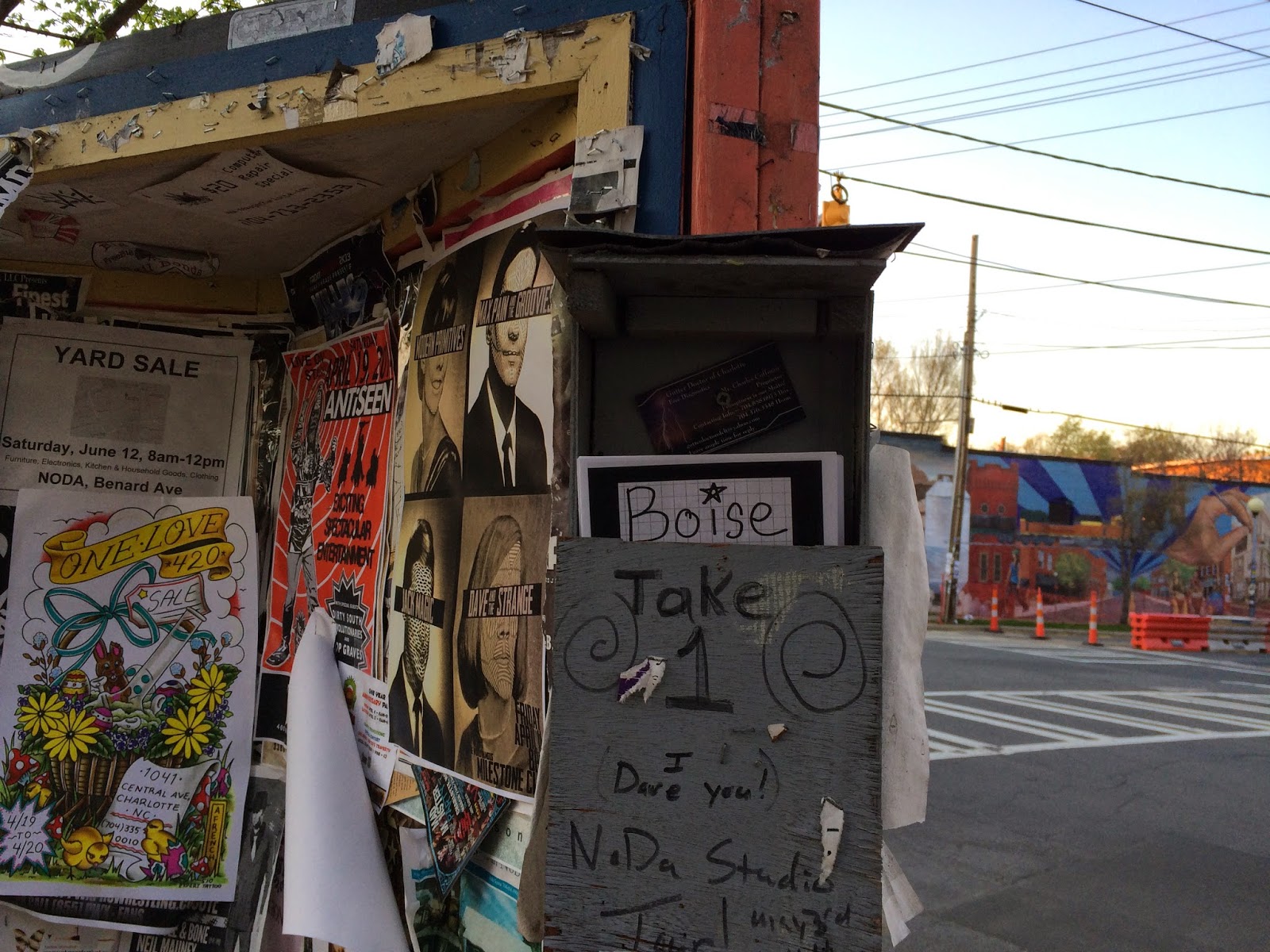 Note: If you are in or around Charlotte and were directed to this post by a Boise zine collected at any of the three aforementioned locations, feel free to drop us a line and/or follow us on Facebook. We'd love to hear from you, Sibling in Kreation!
Posted by The Kreation Korner at 6:08 PM No comments:

A little bird told us (not literally, of course--that would be insane in the membrane) that Chris Peebles presented some of his videos in a former shoe shop next door to an abandoned stag hotel in downtown Boise last week. Although this wasn't an authorized Kreation Korner public event and therefore a breach of Chris' kontract, we're pleased to know he's actively spreading the word and will therefore impose only the smallest of sanctions upon him. Embedded below is the three-poemovie cycle Peebles showed to the 30-odd folks in attendance. May his reprimand by minimal!

Posted by The Kreation Korner at 6:35 AM No comments:

A klassic finally applied to paper, and subsequently pixel, by Hadley Daughterson: 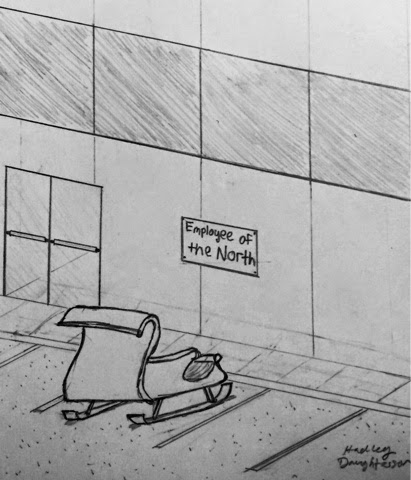 Posted by The Kreation Korner at 9:39 AM No comments: