Mooch! Mooch! Mooch! The Mooch!!! Moochie McMoochface is in the WHITE HOUSE and he's gonna show those leakers what The Mooch does to leakers, Mooch-style! You're ELIMINATED!! The Mooch is LOYAL AS FUCK!!! Ol' Moochie's cock-blocking the American Catastrophe! He's our Moochie Coochie Man!! Set this commemorative poster as your desktop wallpaper ASAP!!! The MOOCH!!!!!!!!! 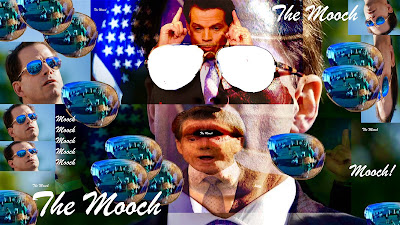 Posted by The Kreation Korner at 9:00 PM No comments:

No. 49: Don't get caught flat-footed! See everything coming. Or, just live for now since there is only this present moment.

Kreation Korner here. Upon our release of a snippet from Living Documents' unfinished album Who Will We Work With When We Wonder Why?, we said of the ill-fated group, and we quote, "anything--even another brief, strenuous Peebles-Wright kollab [sic] in the not-so-distant world of tomorrow--is possible in the Kreative universe." The following audio kollage we bring you today isn't exactly that as it was recorded during the 9W sessions last year. But for all you know it was recorded yesterday, not happened upon accidentally as Gabe Gabriel rifled through a dusty old box of MP3s on Bastille Day. In any case, we think you'll find it a rare treat to hear Chris Peebles and Rasmus Wright experimenting, breaking new Kreative ground, and, most importantly, just having fun in the studio with found sounds, plundered tracks, original loops, and, most importantly, each other, and, most importantly, themselves. Fun is important. Have a ball:

Posted by The Kreation Korner at 8:31 PM No comments:

"All the best recorded songs are demos. Demos are the real process, not the artificial product. Demos are honest and demand your attention. Finished tracks lie and lull you into sedation. Demos are ugly and difficult--like reality. Enjoy your tight, polished, professionally-produced, beautiful music commodities, sleepers."
--Rasmus Wright
Posted by The Kreation Korner at 11:56 AM No comments:

WE MUST REMEMBER WHAT MADE OUR SIDE our side

(*aside*) Our right side is showing.

Posted by The Kreation Korner at 12:40 PM No comments:

From the Mixed-Up Files of Mr. Gabe E. Gabriel 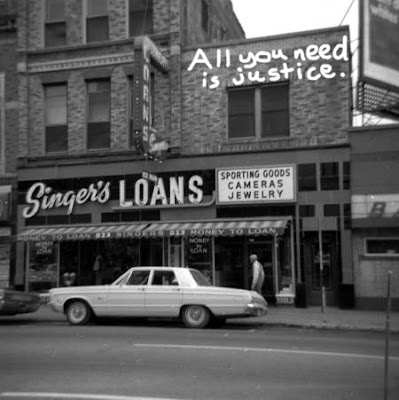 Posted by The Kreation Korner at 6:07 PM No comments: