We regret that our first post of the new year is a vehicle for tragic news. Early this morning, our beloved kustodian Errick Walsh was found dead in the HQ’s rear stairwell. It’s too early to pinpoint the exact cause of death, but the koroner suspects it may be related to the broom handle that impaled Walsh’s abdomen when he conceivably fell on it.* Even in his last moments, it would seem Errick was kommitted to the kause, fulfilling his duties lest we kreate in abject squalor. Errick Walsh will not be remembered exclusively as a proficient janitor but also as an enthusiastic man who had a zest for life. Death is mysterious and often scary to think about, but it’s also inevitable, and we wish our Errick the best of luck in exploring the great, postmortem unknown. He will be sorely missed.** A memorial service will be held at the Third Russian Orthodox Church of Boise tomorrow at 11 am. 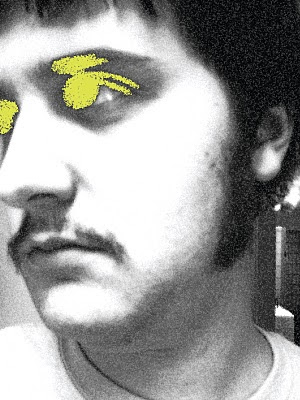 *The circumstances surrounding Walsh’s passing are indeed fishy, and foul play hasn’t been ruled out. Let us know if you hear any details that shed further light on this unfortunate event.
**As crass as it is to bring up business during a time of grieving, the fact is we need a new Kreation Kustodian. Please slide résumés under the HQ’s front door, and, please, be humble--you’ve got big work boots to fill.
Posted by The Kreation Korner at 12:03 PM