In recognition of the impending Samhain rites, today we bring you four tracks recovered from the original soundtrack of a little-known 1981 giallo film, Canarino nella Miniera ("Canary in a Mine"). Its connection to the Korner is by virtue of the fact that the film was financed by Kreation Systems Worldwide, in its attempt to reach foreign markets during the home video explosion. Given the film's less-than-cult status, this may not have panned out, but we are now left with several stellar grooves from Italian prog-rock outfit, Sconosciuto ("Unknown"). Sacrifice: 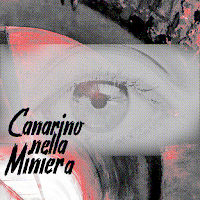 Posted by The Kreation Korner at 10:46 AM