Friends, today's post is nothing short of a miracle. In it, we give you a glimpse into the recently recovered Katalogus Imaginalis Picturae Formatio Kreaturae -- that legendary 100-sheet 60# Pro Art sketch book containing the childhood illustrations of Chris Peebles from the early 1990s. For years, KIPFK was lost--many Kreation skolars even doubted it ever existed. But those doubts were quashed once and for all when Korner associate Ronald Freagan discovered the book, quite improbably, in a refuse bin behind Back In The Day Books on the Boise Bench. We weren't able to examine the volume for long -- barely long enough for Gabe Gabriel II The Archivist's Apprentice to authenticate it -- before some suits from Washington showed up and spirited it off to some undisclosed location for further analysis by individuals they insisted were "top men." However, KIPFK was at least in our possession long enough for us to capture the following images from it (plus several others that, frankly, aren't very good). Even in the days when Chris Peebles wielded the number two pencil, wax crayon, and felt-tip pen instead of his signature spoken and written word, we can see he had the unmatched talent to take in the bewildering torrent of stimuli inundating us daily and translate it into something unified, coherent, and digestible to improve our lives. What a treat and an honor it was to hold this artifact for even a short time. We have every konfidence that the shadowy officials who are now its kustodians will unlock and make public its deepest secrets for the benefit of all sentient life on this planet. Look at: 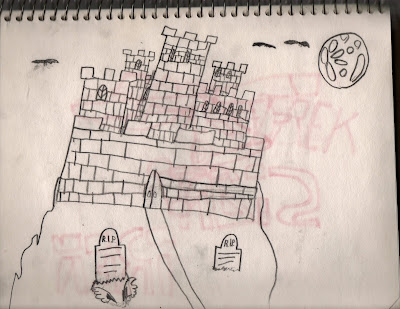 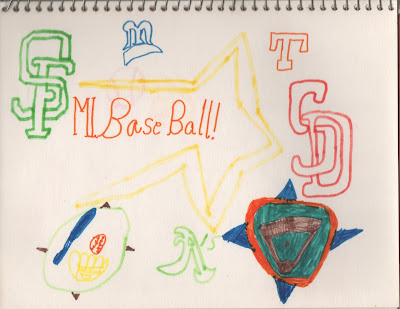 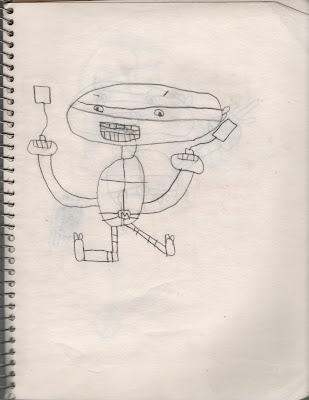 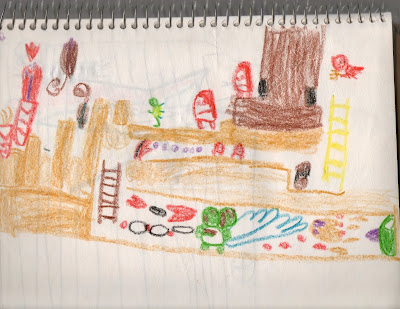 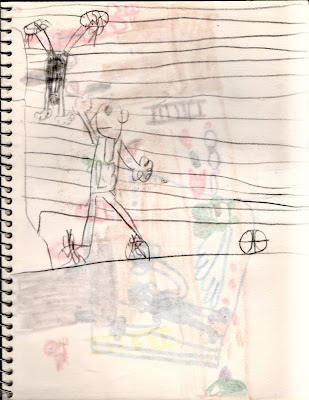 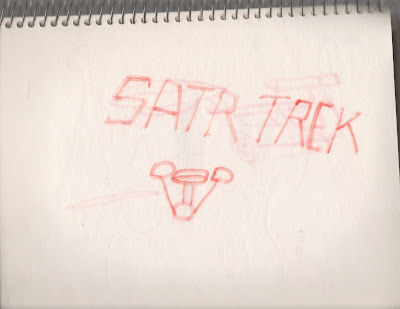 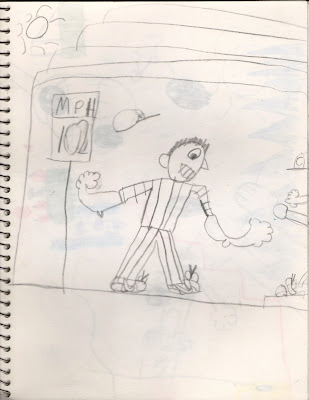 "Canseco"
Posted by The Kreation Korner at 6:14 AM