The Kreation Korner: A History

The Kreation Korner is an open forum for artists, poets, humans and everything in between. We are committed to the betterment of all life through the pursuit of true Kreativity in all its forms. The Korner traces its origins back to the summer of 2007 when Boise kreationists Henry York and Patrick Watson were dissatisfied with the lack of exposure kreation was receiving. In September of that year, they began utilizing the exciting and promising format of internet blogging as a platform for kreative endeavors. Since then, we have showcased this age's finest works of Kreation in the fields of poetry, visual art, video, essay, fiction, and komedy...to name a few. We have acquainted our readers with real titans of Kreationism, including but not limited to Chris Peebles, Maljohn, Peter Doe, Howard Fork, Marilyn, Lee Watt, Nathan Rhombus, Jawn Steighmeaus, Svetlana Mendoza, and Percy Stankowski. The Kreation Korner has seen times of prosperity as well as times of great hardship. But what doesn't change is our perseverance and undying dedication to The Kreation Kause. As our motto says: "Kréation Sans Limites". 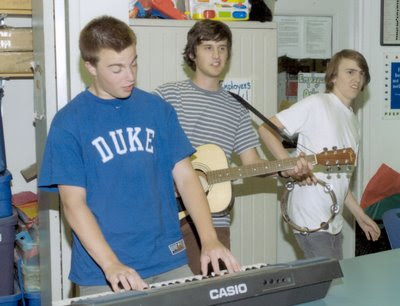