Hella salutations to all of you out in the metaphysical kollective known as KreationLand. I, Gabe Gabriel, am typing this web blog from my cot, having been struck with a malady of unknown origin and considerable strength. But why dwell on that? The reason for today's post is to inform you of recent goings-on at the kreative forefront, namely, a recent trip by some of our best and brightest to the land of fast cars and star-love-makers. Yessiree, I speak of that beacon of western decadence, Los Angeles. Having sojourned to said locale with Blenko and Chris Peebles, I am pleased to report kreative output and introspection was on full tilt throughout the seven days of the trip. (So much so, in fact, that I suspect my current condition is akin to radiation sickness and derives from the sheer brilliance of the kreativity on display.) But again, I digress. Here I have included but a choice sampling of images which I hope will communicate some semblance of the atmosphere of our trek. Be. Hold. 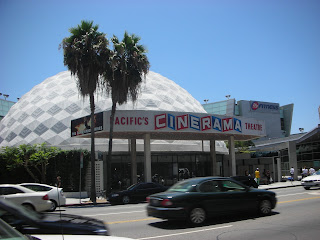 The sight of Chris' second performance. Footage was confiscated by the authorities. 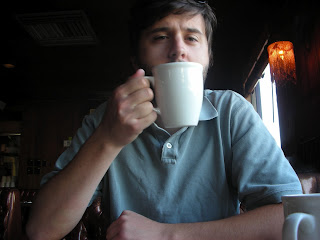 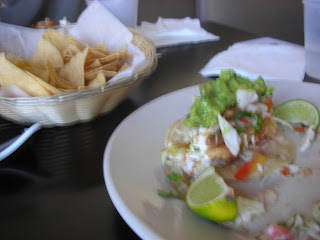 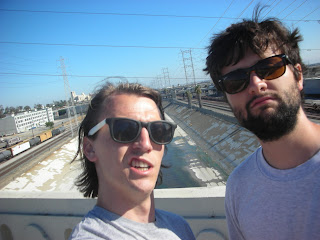 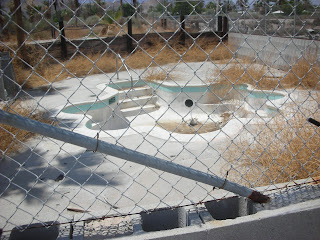 We had been told by a desert freakshaman that we would find sweet relief from the desert sun along the Sultan's Sea. Bombay Beach did not disappoint. 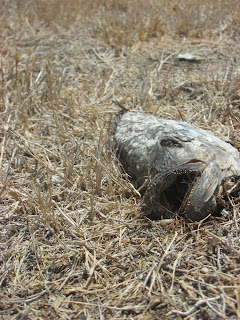 Fish heads dotted the landscape. Our appetites were thus piqued. 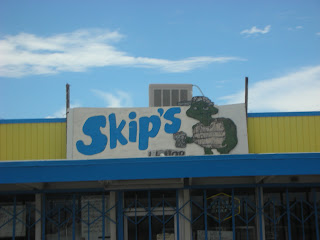 The freakshaman also told us to look for the inebriated turtle known as Skip. We left with more questions than answers. 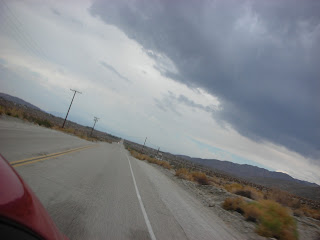 On the road. Again.

Posted by The Kreation Korner at 2:12 PM