Lately, The Korner has been inundated with korrespondences in every imaginable format. Our mailboxes are full--both electronic and snail, our pigeon holes are bottlenecked and the telegraph machine literally blew up. What does everyone want to know (other than what Howard Fork smells like)? They want to see the face of the workaday life of professional Kreationists. For our loyal followers who live in parts afar, we've learned that it's difficult for them to visualize and relate to the kreative life here in Boise's Little Novgorod district. Try as we might to push the limits of written language, one thousand words isn't worth a picture. As such, we bring you today the first in what we hope will be a series of photo essays vividly illustrating the places we live and work in the ongoing effort to deliver our brand of kutting edge Kreationistic kontent. Feast your eyes: 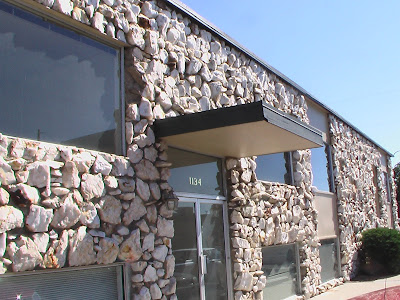 This image is of the now infamous Kreation Korner HQ. Akwired in late 2007, the HQ has served as the nerve center of the Kreationism movement ever since and is a class B office space. Although many of our kreative kapacities of have relocated to the kommune, the HQ retains all administrative functions. 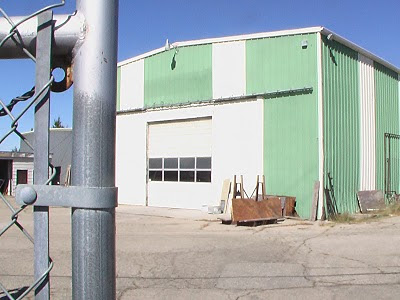 Home sweet home! This handsome structure is the new kommune that has been causing quite the stir amongst our readers as of late. Since settling the property in July, we've been attaining new benchmarks in kreativity daily. Think of it as a barracks for soldiers in the Kreation Kause. 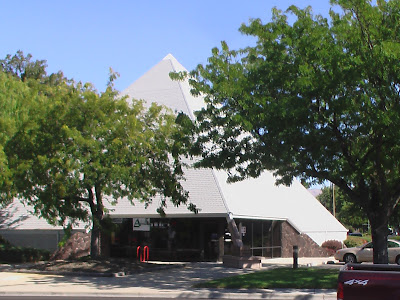 Here's an extra treat. This is Union Credit, the credit union where The Korner does virtually all of its banking. UC's responsive, down-to-earth staff belies the mysteriousness of the building's outlandish design. It is the only structure of its kind on General Westmoreland Blvd and one of very few planet-wide.
Posted by The Kreation Korner at 3:00 PM